When we think of Art Deco style furniture we immediately conjure up images of the famous designers in Paris who participated in the 1925 Exposition Des Arts et Decoratifs including, Émile- Jacques Ruhlmann, Edgar Brandt, Sue et Mare and Jules Léleu. In America, we think of the Chrysler Building and Donald Deskey’s interiors at Radio City Music Hall, which epitomized the Art Deco style in the states. Although it has gained more popularity in recent years, many people don’t think about the beautiful Art Deco designs that were coming out of Sweden around the same time.

Scandinavian Art Deco, otherwise known as “Swedish Grace” style (1920-29) produced an exquisite range of furniture and interior design that rivaled the work of French and American designers. Swedish Grace was a counter reaction to the earlier “Jugend”free flowing, Art Nouveau style. Just like the Louis XVI and Directoire periods were a reaction to the excesses and splendors of the baroque and rococo periods in France, with their simplified lines and lack of excessive ornament.

There are a number of dealers who happen to specialize in Swedish Grace style furniture including, HM Luther, B4 20th Century Design and Gallery Bac in New York. 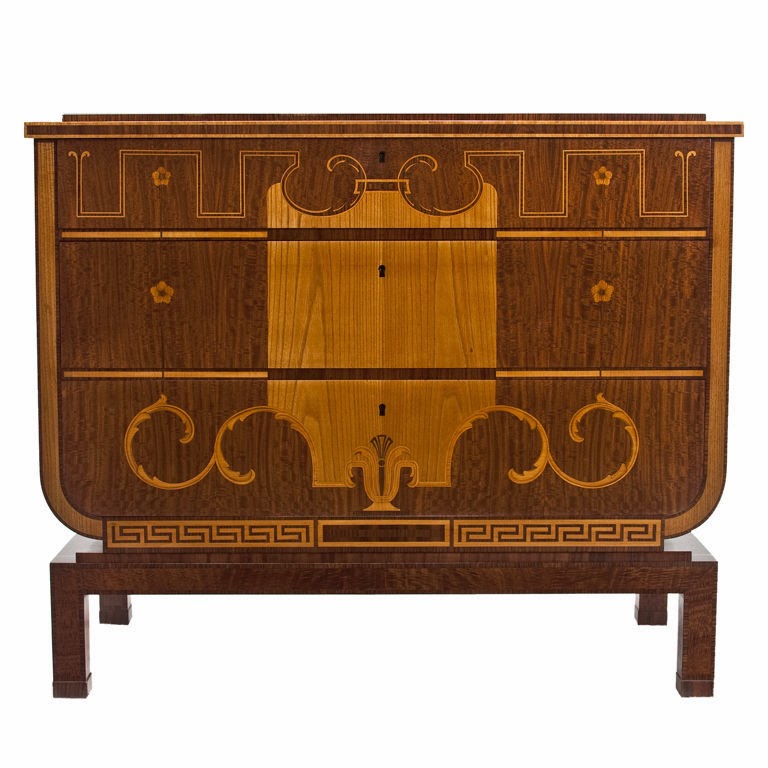 Commode with contrasting inlays from HM Luther. A definitive example of the Swedish Grace style. 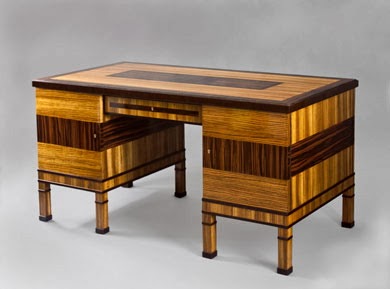 An extraordinary desk by Förenade Möbelfabrikerna Linköping. Note the contrasting woods and veneers. 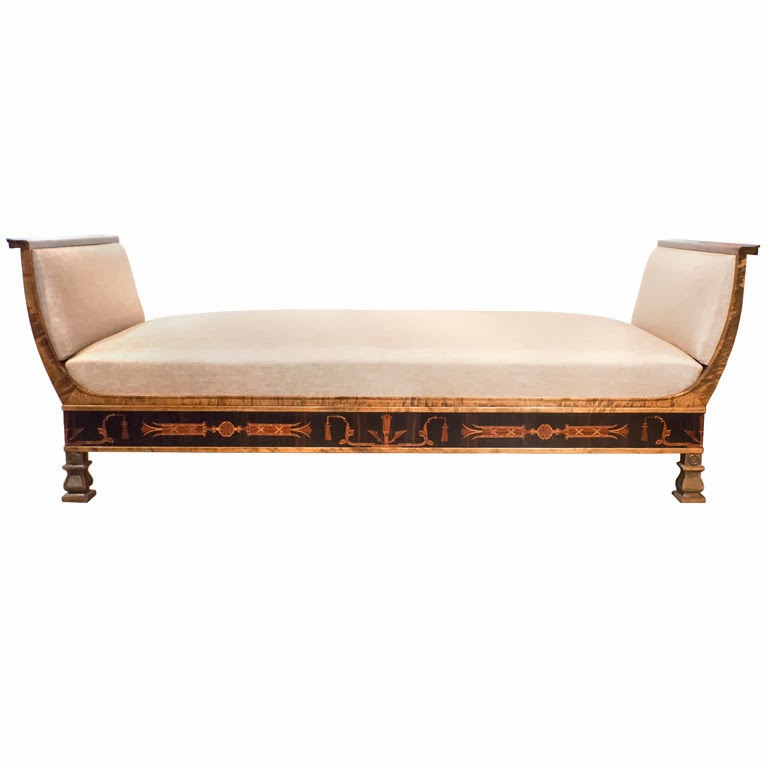 A graceful daybed by Carl Malmsten. 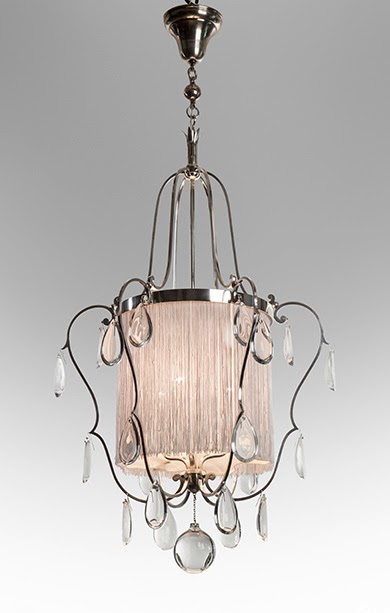 A jewel like lantern with crystal drops by Elis Bergh. 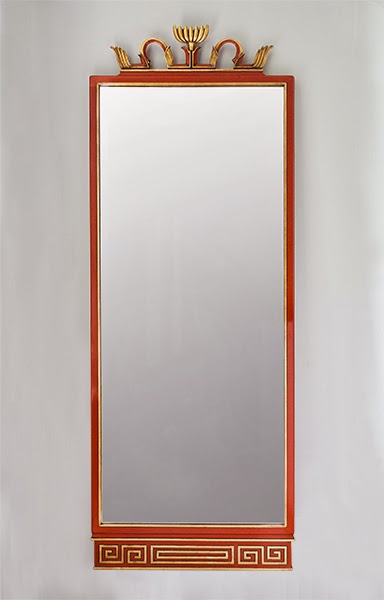 A red lacquered and gilt mirror by Axel Einar Hjorth. 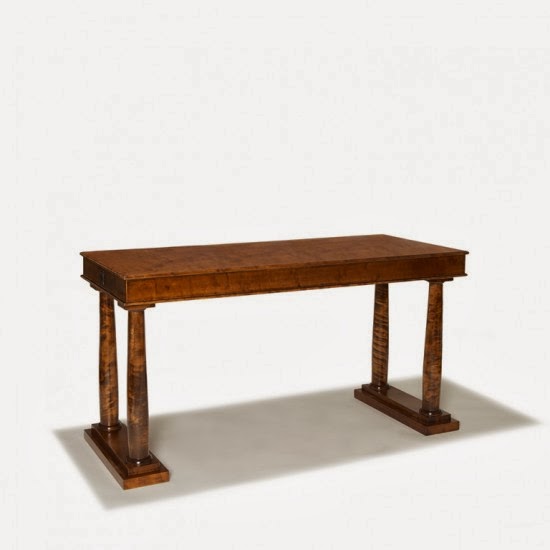 I love the simplified neoclassicism of this desk, also by Hjorth. 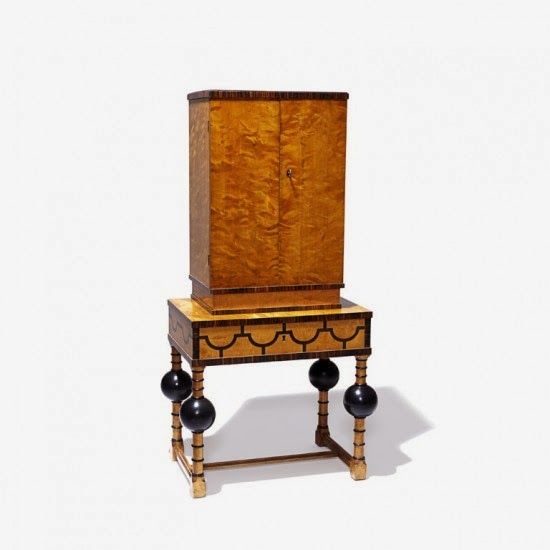 An unusual tall cabinet by Hjorth. 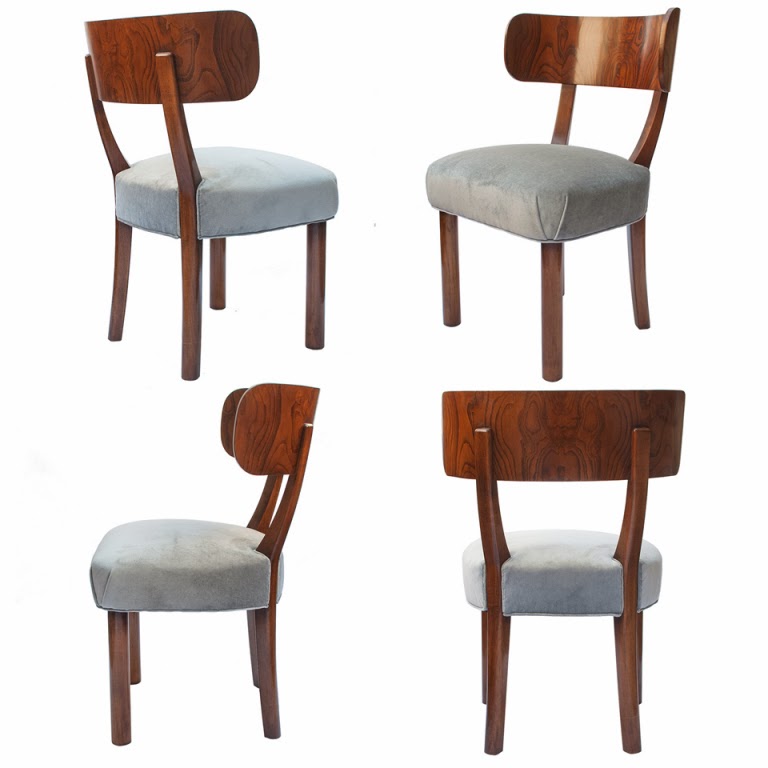 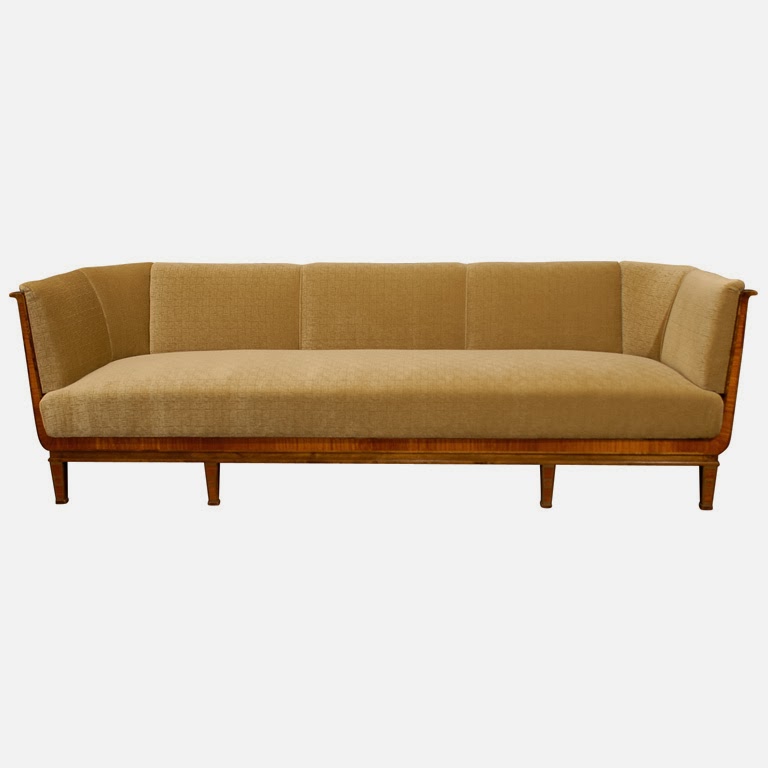 Note the refined detailing of the arms on this sofa. 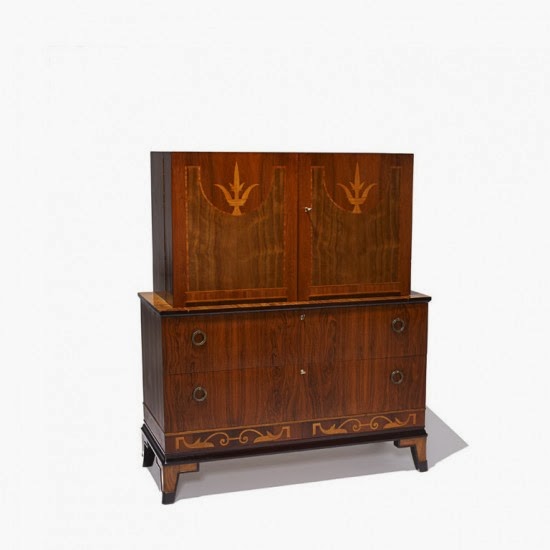 Cabinet on chest. Another definitive example. 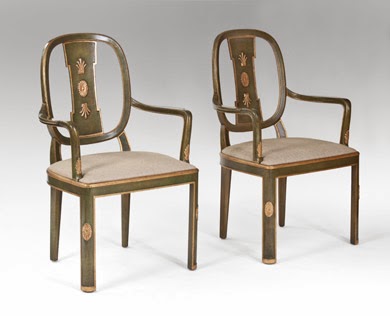 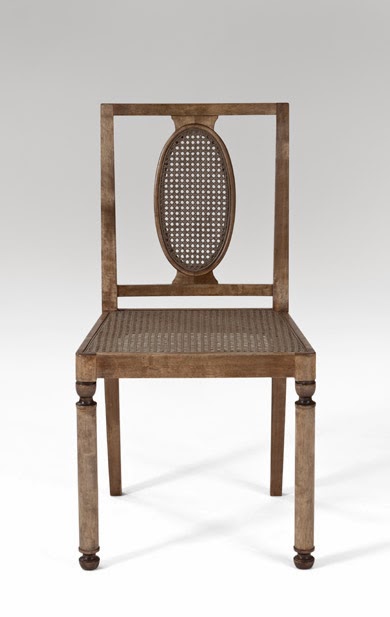